It was time for our first birding break of the year, having not been away at all since July, and knowing that we won’t be going on our main holiday until late May. There were a few ideas bouncing around: the usual jaunt up to Norfolk, a possible Naturetrek tour to the Forest of Dean, or something different. After a bit of research we found the Mid-wales Birdwatching site, and given the convenience of being able to get the National Express from Victoria Coach Station and then being dropped right outside the hotel in Ponterwyd nearly seven hours later, we decided that it would be a good choice.

We met John on the first morning, after we’d already enjoyed Red Kites, Chaffinches and nuthatch around the hotel, and he took us first to his own home to show us a Red Kite nest nearby. His garden was also attracting Siskins and Nuthatches, and a rabbit that shot out from under the decking. As we moved on we passed two Buzzards perched on lakeside trees. 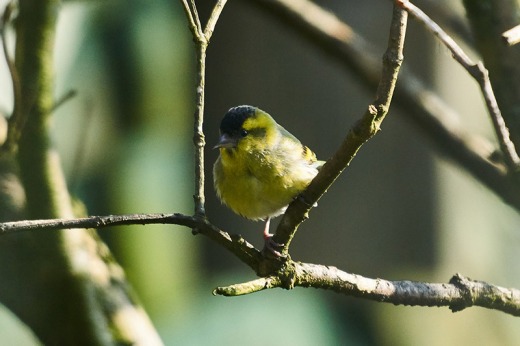 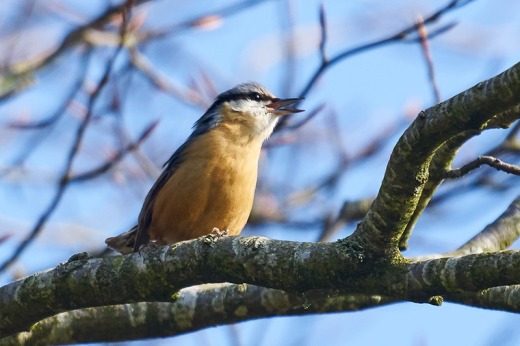 The rest of the day was spent mostly in the Aberystwyth area. We started at the harbour and then walked southwards between the Afon Ystwyth and Tanybwlch Beach, finding a pair of Goosander, Rock and Meadow Pipits, a Raven and a Chough – the first we’d ever seen in the UK. A pair of Stonechats were at the end of the beach, collecting nesting material. On the stroll back I noticed a mustelid slinking along the rocky river edge – which turned out to be my first ever Stoat. After a lunch on the beach rocks we headed off inland to the Bwlch Nant yr Arian forest for the daily Red Kite feeding. John counted around 55 birds as I was concentrating on getting photos, which was a lot harder than I was expecting when you realise how big they are, but the chaos of dozens in the sky together made it very challenging to get decent compositions in focus. John was actually a bit disappointed as there are often far greater numbers of birds feeding here. 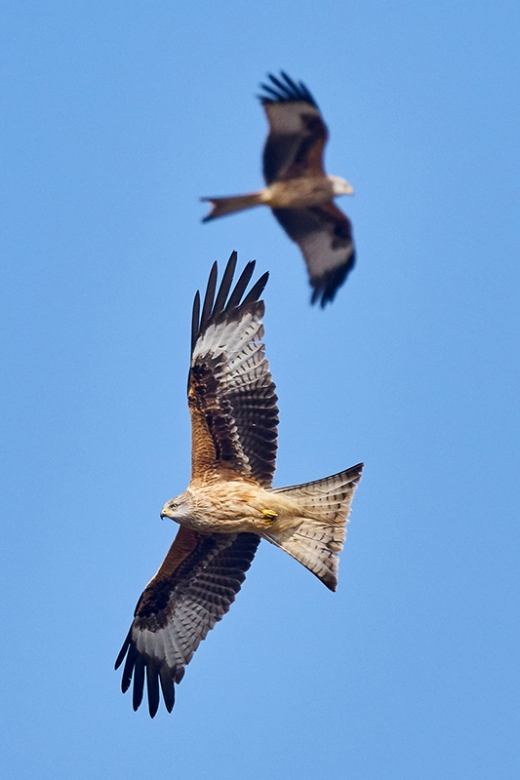 After the feeding was pretty much done and the spectacle was coming to an end we headed back to Aberystwyth for the rest of the afternoon. We started by checking the rocks off the promenade for Purple Sandpipers, but couldn’t see any. Then we checked around the landward side of the old college building for the resident Black Redstart. We stayed for a while but saw nothing, but then got a brief glimpse of it on a wall at the end. It took a while but we eventually found it sunning itself on a bar of scaffolding. It was the first I’d seen n the UK in three years. After getting great close views we turned back to the rocks and I eventually managed to get my eye in and noticed nine Purple Sandpipers all roosting together on a rock right under our noses. After that we got ready for the Starling roost at the pier. It began with a small flock of perhaps a couple of dozen, and more and more small groups arrived, eventually joining up to make a flock of a few hundred. Then all of a sudden much larger flocks began to appear and join up, probably doubling, tripling and quadrupling it each time. I don’t know how many were in the flock by the time the swarming mass eventually finished the aerobatics and headed under the pier to settle, but there must’ve been several thousand. By a very long way it was the most impressive Starling murmuration we’ve ever seen, even if it wasn’t quite as spectacular as the famous mesmerising mega-murmurations that occur in certain places. Good enough for us anyway.

Day Two was much cloudier and a bit cool, but we headed straight out to Borth Bog by the coast for a real rarity: a Glossy Ibis. It had been seen well the previous day, so we were pretty excited at the chance of seeing a bird that Jem and I had only previously seen abroad. We’d only just arrived and were walking down a track alongside the bog when the Ibis was pointed out to us, circling in the sky. It did this several times, and getting plenty of altitude on occasion, before eventually floating back down to earth. Unfortunately it always landed somewhere where we couldn’t see it – probably in tall grasses or deep ditches – so I only managed to get record shots of it airborne, and mostly against a dull grey sky. 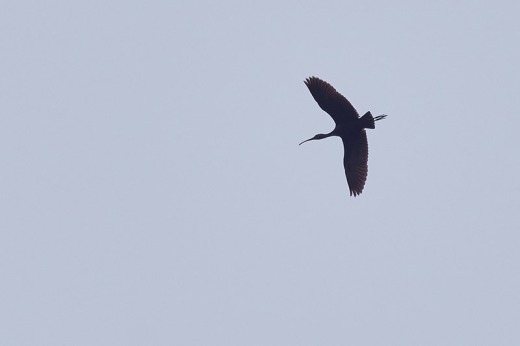 After that we went a short distance to the edge of the Dyfi Estuary, alongside Ynyslas Boatyard. Sadly no Merlins appeared, but we did get both Grey Plover and Curlew on the mud in front. Next we headed to a spot by the Afon Cletwr near to Tre’r-ddol to have lunch. John was hoping for Dipper, but instead we got a pair of Grey Wagtails bobbing around amongst the rocks. A good tit flock moved through the trees to our left – at least one Goldcrest and a Treecreeper were there. We followed up with a short walk on the bank towards the Dyfi where we got Little Egret and a flock of Barnacle Geese that swarmed around in front of us.

The afternoon was spent at the nearby Ynys-hir RSPB reserve, noted for its recent hosting of Springwatch. The feeders in front of the visitor centre brought in spectacular numbers of woodland birds. Plenty of Chaffinches, Great Tits, Blue Tits, Siskin, a Nuthatch and a Great Spotted Woodpecker were feeding here. We then wandered around the reserve, failing to find the regularly-seen Lesser Spotted Woodpecker, but instead getting another Treecreeper, lots of Teal, a Moorhen, Kingfisher, Red Kite and a brief Green Sandpiper. We eventually headed back towards Ponterwyd by a more scenic route, with plenty more Red Kites and Buzzards, and a quick but unsuccessful stop in the hope of finding Crossbills.

The final day began with hazy sunshine and we headed straight off to a wooded river to look again for Dippers. John knew there was a breeding pair at this location, and after a short while being distracted by more Grey Wagtails we got our first glimpse as one few off across the water and around a bend. A few minutes later we got much better looks on the other side of the bridge we were stood on, with one of the two birds obligingly sat by the water’s edge for some time. One of the wagtails even came to hang out with the Dipper for a minute or so. As we moved off we saw a raptor float over the hillside trees – a hawk. It looked large, but it was only there for a few moments before disappearing behind the treetops – a possible male Goshawk, but without a better look we had to err on the side of caution and put it down as a female Sparrowhawk. There were also more Buzzards here, including one with missing primaries. 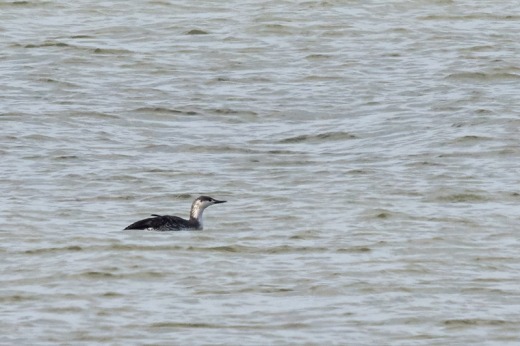 The rest of the day was spent along the coast in the New Quay area. A quick beachside stop brought us a single Red-throated Diver fairly close in, but which then headed further and further away as soon as I got my camera onto it. Jem spotted a distant seal in the sea too. Lots more Red Kites floated around here, as well as more Buzzards and a single soaring Sparrowhawk. We had our picnic lunch on the quay at New Quay before heading off up onto the clifftops. From here we had views of the first few Shags and Guillemots that had arrived, plus a handful of Kittiwakes and a hovering Kestrel, though no sign of any Razorbills. A single Fulmar circled over the water for a minute or so, and as we reached the endpoint of our walk we had a further Chough and a pair of nesting Ravens. On the way back I was occupied by getting further photos of Red Kites and Buzzards that were being held up in the wind, and then Jem noticed a Black Redstart in the clifftop scrub, along with a Stonechat. Jem was on good form with her spotting, and as we eventually began to pick up pace towards the village she found a fresh Wheatear on a grassy patch. It gave us great views – and plenty of photos – and was a fitting end to a great few days of birding. 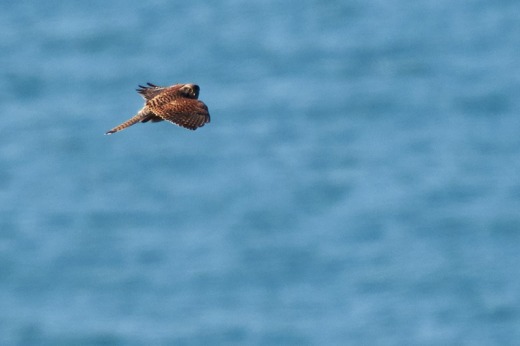 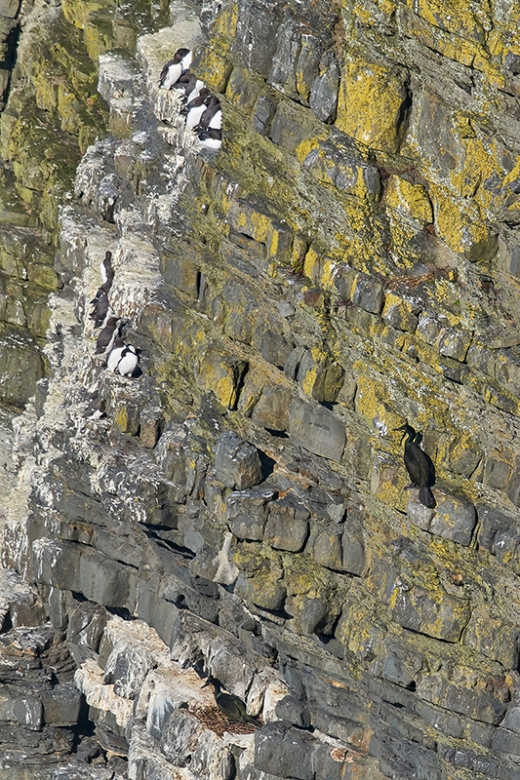 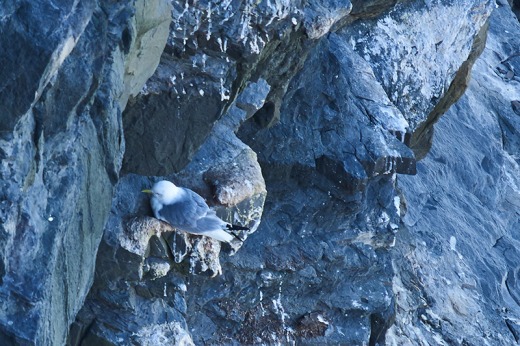 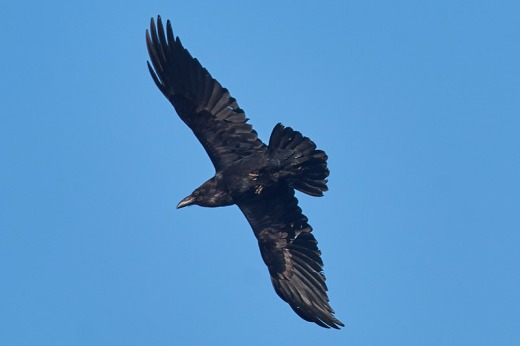 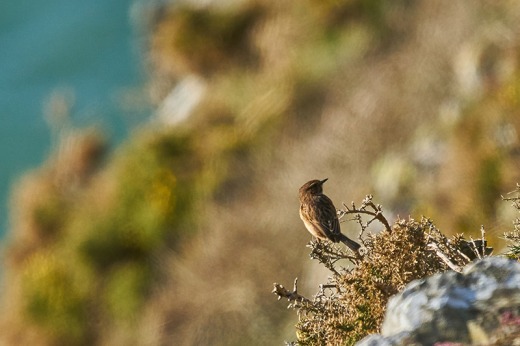 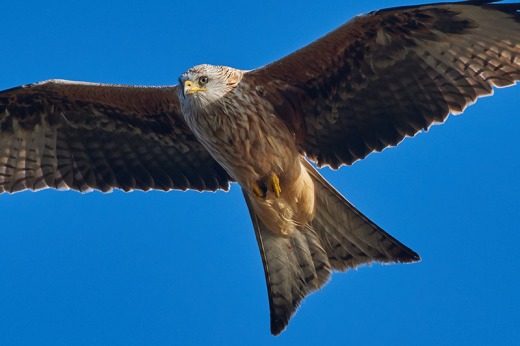 We were very happy with our choice of break, and we’d definitely be interested in returning in the future. We were lucky with the weather – with plenty of sunshine and only a few hours of cloud on the Saturday morning, and we were well-guided and looked after by John. The hotel was good too, especially the food which left us suitably stuffed every evening. We didn’t miss out on much either, and we added an unexpected Peregrine to our list as we headed down the M40 at the Warwickshire-Oxfordshire border.