Well, we got there eventually!

We arrived in Wells on the Thursday afternoon in the gloom, but after we’d settled into our room at the guesthouse Jem and I decided to go for a walk down by the harbour. Here we found various waders, including Redshank, Curlew, Little Egret, Lapwing, and some flocking Golden Plover. We also walked along the bank at the western end of the harbour, where we saw a couple of distant Buzzards flying across in an easterly direction. Jem also very briefly caught sight of a Kingfisher. It was damp and cold, and as the light faded we headed back to the guesthouse to get back into the warm.

Marcus from the Bird ID Company came to pick us up on Friday morning and we drove the short distance to Holkham. Pretty much the first bird we saw was a fine ringtail Hen Harrier flying past as we parked the car. We then headed out towards the beach to have a good look at a flock of Brent Geese, which included a Brent x Brant hybrid. There were also several Skylarks in the saltmarsh. Out on the beach we scanned for the Surf Scoter that had been seen in recent days. We located groups of both Common and Velvet Scoters out on the sea, and then we witnessed the dramatic sight of a pair of young Peregrines chasing an exhausted – and most likely newly-arrived – migrant Blackbird. The Blackbird managed to stay just low enough over the water to make it too difficult for the Peregrines to make a grab, but it eventually was forced to turn inland and over the beach. Surprisingly, the Peregrines, despite working together, still couldn’t catch it and eventually it somehow managed to get to the safety of some tall grasses, leaving the Peregrines looking bemused. We got word of the Surf Scoter being seen further to the west so we walked in that direction, and also saw a good flock of Sanderling (which I was quite pleased with myself for managing to identify them correctly, despite being notoriously rubbish at identifying anything flying), which also had some Turnstone in amongst it. We eventually got a brief glimpse of the Surf Scoter as it landed amongst other scoters – I just saw enough of its white neck patch through Marcus’s scope to confirm it to myself (lifelist #408). There was also a very neat Slavonian Grebe a bit closer into shore. 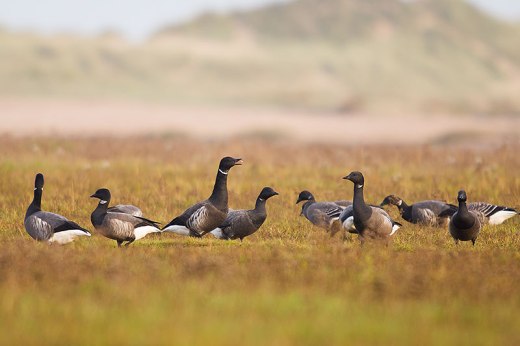 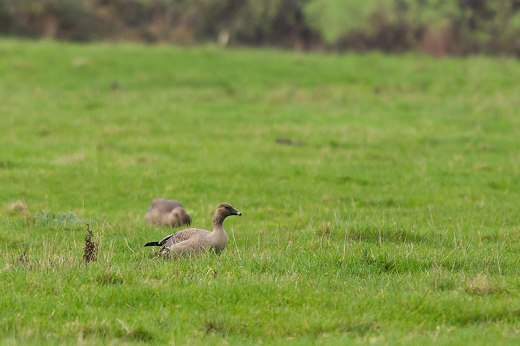 After lunch we headed into Holkham Woods, watching Marsh Harriers, Pink-footed Geese, Kestrels, Curlew, several Goldcrests, a Treecreeper and a Sparrowhawk on the way to the dunes where we managed to get some decent, albeit distant, views of the Rough-legged Buzzard that had been resident for a while. There were also some winter thrushes around – lots of Blackbirds and a few Fieldfares and Redwings – that had obviously recently arrived in from abroad. We hoped for a Short-eared Owl, but we were out of luck and it eventually got too dark to see much other than skeins of Pink-footed Geese arriving to roost. As we walked back along the track we were surprised by a Barn Owl suddenly flying out of a garage just ahead of us as the rain that had been predicted to ruin the day finally arrived. 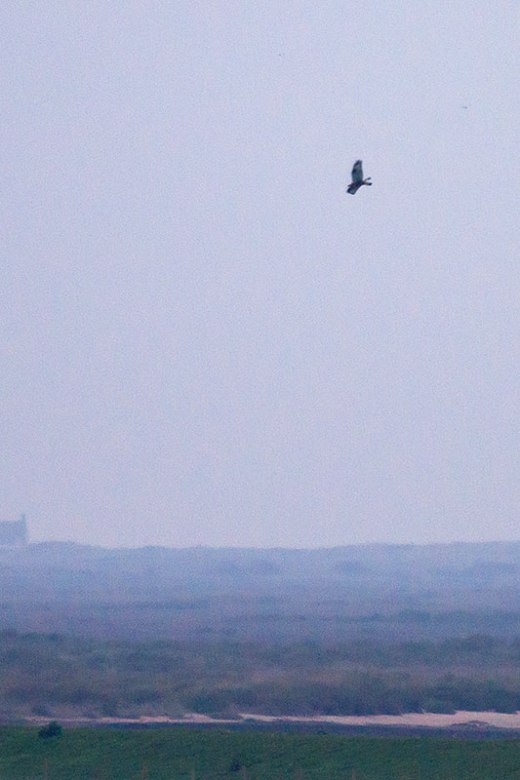 Saturday was spent in and around Cley, although we began with a short walk at the eastern end of Wells Harbour and got a nice Kingfisher sitting on a tyre on the side of a wooden pontoon. We then headed off to Salthouse and had a good look at another group of Brent Geese, which this time contained a genuine Black Brant. A bit of a dampener – aside from the rain – was a group of hunters arriving in the next field in order to blast a few innocent Red-legged Partridges out of the sky. Luckily for us, after the first pops were heard a lot of the birds managed to escape in our direction, and they included a nice Woodcock. As we moved on to the shingle banks where the car park used to be before it disappeared due to last year’s tidal surge, we got a few nice Dunlin in a nearby pool. As I was getting some relatively good photo opportunities, Marcus called out to let me know that there were Snow Buntings flying past. In the rain I couldn’t see much at all, but after drying some of the rain off my binoculars I managed to get a distant look at them as they bobbed around on the muddy fringes of a pool. They were distant, but I could see them well enough (#409). That was pretty much it for the morning, aside from more Blackbirds dropping in from their exhausting travels, and a Reed Bunting too. 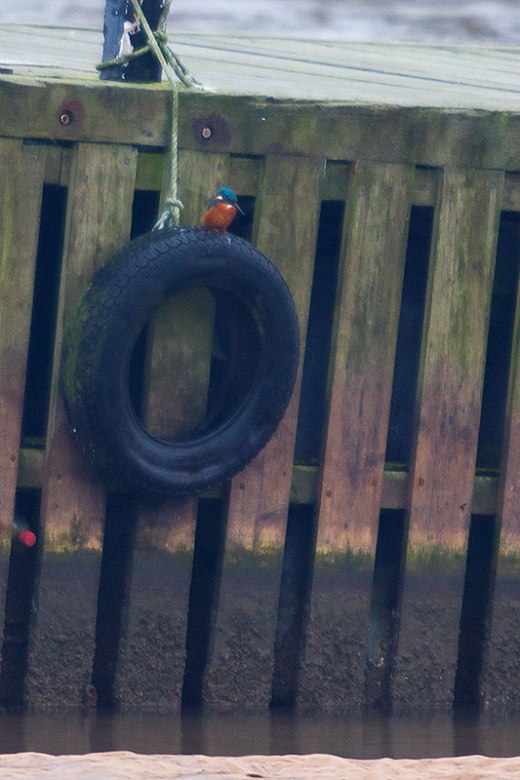 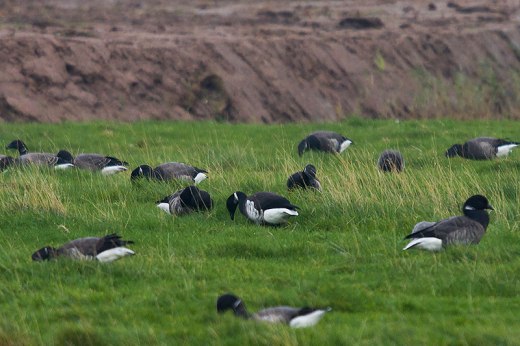 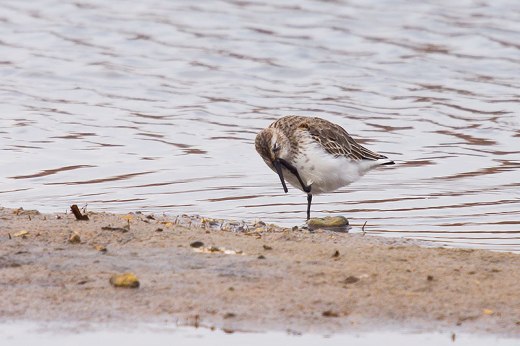 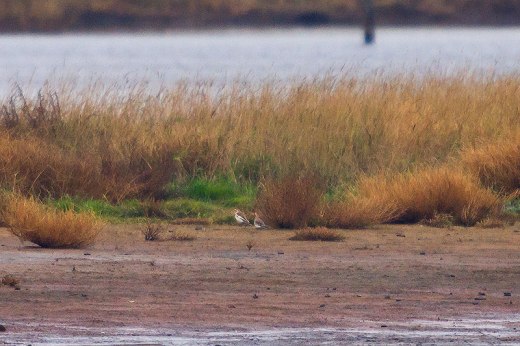 Instead of having lunch, the next plan was to head out along Cley’s eastern perimeter bank. We got a Water Pipit straight away, more Marsh Harriers, and then we began to look for the Bearded Tits that we could hear in the reeds in front of us. Jem then mentioned another Marsh Harrier crossing the reserve in a westerly direction. For some reason I decided to break away from scanning for Beardies and looked towards the harrier…which looked far greyer than I was expecting. It was, of course, my first ever male Hen Harrier, and it was an awesome sight. We did eventually get brief views of the Beardies too, before carrying on towards the beach where the highlight on a very quiet sea was a Red-breasted Merganser in flight and a pair of Grey Seals.

After a late lunch we headed across to the viewpoint at Stiffkey to scan the marshes as the light began to fade. We had more Hen Harriers – including most likely the same male that we’d seen earlier in the day – and at least a couple of dozen Little Egrets, but sadly still no Short-eared Owls. 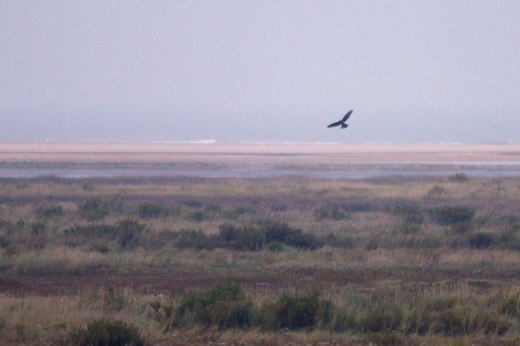 In the late evening Jem and I listened to two Tawny Owls hooting to each other in the trees around the guesthouse.

The final morning brough us the worst weather of the trip. We went out first to Thornham to look for Twite in the pouring rain and cold blasting wind, having already seen a hunting Barn Owl from the car. Eventually Marcus pointed the Twite out as a small flock passed in front of us and went down in the marsh, but my glasses and bins were so covered in water that all I could make out were a few Linnet-like dots against the grey sky for a brief moment. Twite was on my list of five species I particularly wanted to tick off this year, but this unfortunately this view wasn’t good enough for me to do that. We decided we couldn’t stay out in these conditions and headed for the car. The rest of the morning was spent at Titchwell where we could use the cover of the hides to make things a bit more comfortable. At the feeders we got a brief look at a Coal Tit – my first since Devon in early February – and then we headed out through the reserve. We got some nice Red-crested Pochards on the way, a few more Marsh Harriers, and lots of Teal and Wigeon. From the hides we had Knot, Snipe, Curlew, Grey Plover, both Black-tailed and Bar-tailed Godwits, some Ringed Plovers, Avocets and Snipe, a drake Pintail, one Ruff, and a confiding Water Pipit. Lunch was had in the car as the rain clattered down around us, and then we headed inland to watch 18 Red Kites floating above the woods as they prepared to roost – a fitting end to the tour. 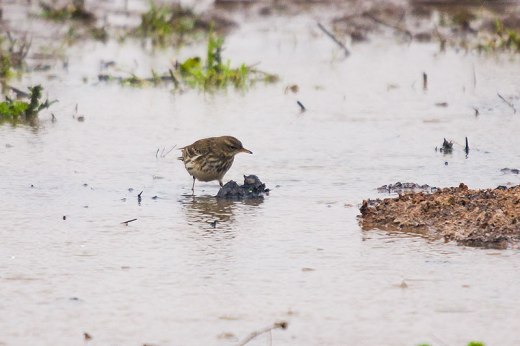 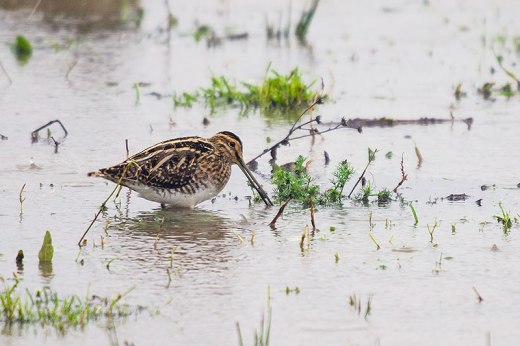 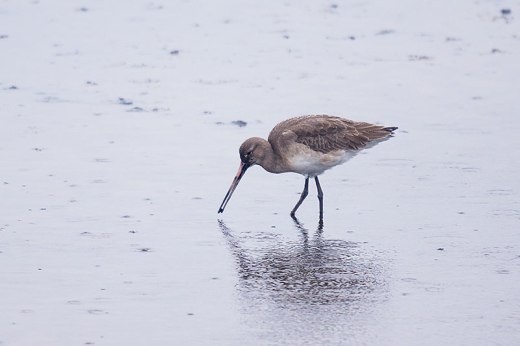 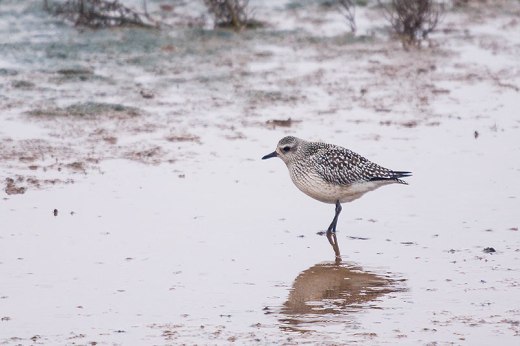 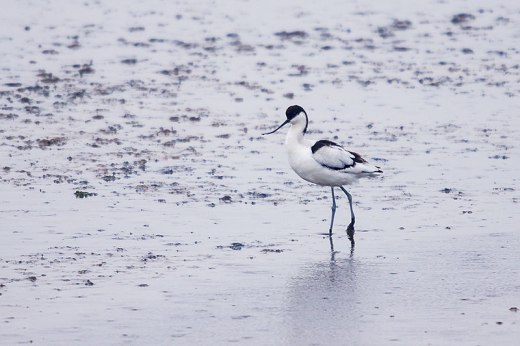 Norfolk never disappoints, even when the weather’s not great. Two new additions to the lifelist in Surf Scoter and Snow Bunting, plus our first good views of a Rough-legged Buzzard. It was a shame we didn’t really see the Twite properly, and we didn’t manage to get our first UK Short-eared Owls of the year, but the male Hen Harrier made up for it and was probably my highlight of the trip. I’m half-tempted to return early next year for more owl opportunities, but with Scotland already booked up for February and with me returning to Finland in May, I think it’ll have to wait. It definitely won’t be long before we return though…