I started the year talking about the photography equipment I take birding, so it’s about time I went over the various days out Jem and I have had during the last two months.

It started with a sunny day out at Staines Moor in mid-January. We finally got a day without any rain, so we returned almost exactly a year after our previous visit, which had brought us spectacular close views of Short-eared Owls. No owls this time, but plenty of other birds to see. Winter thrushes were abundant – lots of Redwings, lots of Fieldfares, and a Mistle Thrush – and a good flock of Goldfinches contained a single Lesser Redpoll too. We also got good views of Stonechats, a hunting Kestrel, Green and Great Spotted Woodpeckers, and I spent some time getting some sunset-lit close-ups of a pair of Mute Swans. We also had possible Water Pipits – we were in the right place where they’d been seen and we definitely saw some pipits, but I’m not good enough at identification to say for sure whether they were Water or Meadow Pipits, or even both.

I then made the decision to upgrade my tripod – as I’d been threatening to do in my previous post – and ordered a Gitzo Series 3. It was expensive, but I knew it would be a good investment. Jem and I went to Rainham on the following Saturday so that I could test it out. The weather wasn’t great, with some squally winds and a few heavy showers, but there was also some better patches in between. The highlights were some good flocks of Lapwing and Golden Plover as the sun set, plus a very confiding Robin which allowed me to get some nice portraits. The feeders near the Cordite Store also brought Collared Dove, Great and Blue Tits, and a nice Greenfinch. 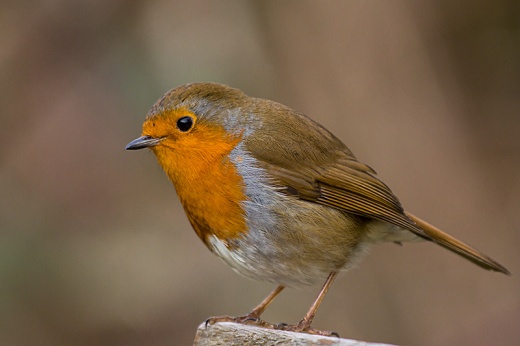 The last weekend of the month brought us our first guided tour of the year. We’d been booked on Naturetrek’s South Devon in Spring tour last year especially for Cirl Buntings and Dartford Warblers, but numbers weren’t high enough and it was cancelled, leaving us to switch tot he Somerset Levels trip instead. This time we decided to try for the South Devon in Winter trip, and it went ahead as planned. The Friday started off badly. We were booked on an early train from Clapham Junction to Exeter St Davids but as we arrived at Clapham we saw that our train was cancelled due to a trackside fire in the Wimbledon area, which was causing havoc. Had we arrived any later we’d have also been affected by somebody being hit by a train at Putney. Eventually we decided to try to get to Basingstoke as that’s where the Exeter trains were supposed to now be going from, and we eventually caught a train there (one which we would’ve been able to get if we’d stayed at Clapham and waited). This train then suddenly terminated at Salisbury, leaving us to dash across to another platform to grab another Exeter-bound service. As we got nearer to Devon the rains started…and they didn’t stop.

We met up with our guide, Dave Smallshire, and the rest of the group, just in time (having arrived two hours later than planned, but luckily I’d booked early to give us two hours’ breathing space) and we went straight off to Bowling Green Marsh where we watched the wildfowl from the shelter of a spacious hide. One Bar-tailed and lots of Black-tailed Godwits nozzled around the mud in the company of lots of Snipe. There were Redshank, Dunlin, Grey Plover, Avocets, Lapwing, a nice lone Greenshank, a Buzzard which swooped across and then perched in a tree, and the highlight, a Long-tailed Duck.  A walk round to Goosemoor brought us a scuttling Water Rail, and then arriving back at the meeting point at Darts Farm brought a brief sighting of a Sparrowhawk and we heard but didn’t see a Kingfisher, and these were just the highlights. Not bad going considering the poor weather. 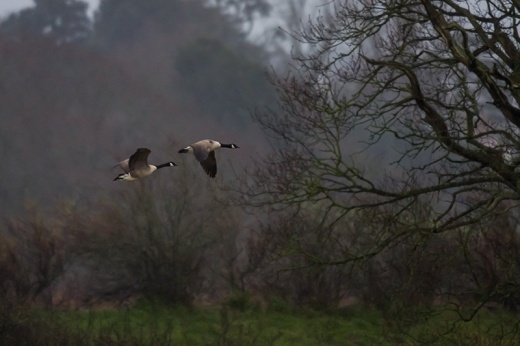 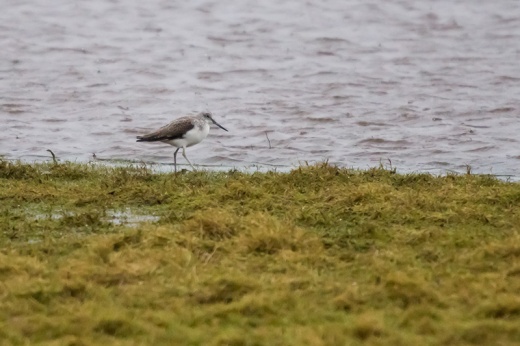 Saturday morning saw us scanning the estuary at Exmouth Maer Rocks where we saw our first Shags and a Pied Wagtail, plus my first Great Northern Diver (#399), before a quick stop at the other side of the town to see Oystercatchers and Turnstones, plus a nice Grey Wagtail in a small urban water channel. We then went off to Aylesbeare Common to see what could be found amongst the gorse. Dave had told us the previous evening that Dartford Warblers had declines in Devon by 95% in recent years because of the harsh winters, and he hadn’t seen one for three years. There hadn’t been any reports this winter either. So, naturally, we got one almost straight away. It had taken me years to see my first Dartford Warbler back in December so it was a surprise to get another one so soon. And then we got another one a few minutes later! We then moved off to Bystock where we got a nice Coal Tit in the woodland and then moved out to another open area with gorse. Soon after seeing three Ravens we caught sight of a pair of Stonechats. And of course, with them was another Dartford Warbler…and then another one! Four Dartfords in one morning. Ridiculous. After lunch it was down to Exmouth again for a three-and-a-half hour boat trip up and down the Estuary. This brought us all kinds of things. Lots of waders again, including many more Godwits, Sanderling, Dunlin, Avocets, Greenshank, Knot, Spotted Redshank, plus Red-breasted Mergansers, lots of Shags, and a resident Slavonian Grebe. There was plenty more but I haven’t got the time to list everything.

Sunday morning took us to the other side of the Estuary to Dawlish Warren. We heard a Great Spotted Woodpecker and saw a tuneful Song Thrush, before managing to find a Scandinavian-race Chiffchaff. Walking along the Warren towards the Estuary got us more views of Great Northern Diver, a couple of Stonechats, a nice Goldcrest, a couple of Reed Buntings, a seal out on the mud, another Water Rail, two Water Pipits, a Sparrowhawk which flew over most of the group’s heads whilst they were watching the Diver, and a flock of Linnets. On the way back we saw another Scandinavian Chiffchaff and a Great Spotted Woodpecker. Back on the sea wall we got a small group of distant Scoters, but although it was likely that they were Velvet Scoters (which would’ve been a new tick for me), we couldn’t be 100% sure. Dave had told us earlier in the trip that Cirl Buntings would be a difficult species to find because the best field he had for them had been accidentally ploughed this winter, causing them to leave. I’d been a little pushy about them as that was the species we’d wanted to see most, and he managed to get information of another location over at Labrador Bay, and we were very successful with a very watchable flock (#400). This was the highlight of the tour for Jem and I, and for most of the others in the group too. We also got a nice Skylark just as we were about to leave. We dropped in at Exminster Marshes where we got some Fieldfare and Gadwall as the light began to fade, and then some of us had a quick look for Peregrines on a church spire in Exeter, but we failed. And that brought the trip to a close. It was a very good trip, getting us somewhere around 84 species and we were lucky with the weather in the end too. After Friday’s nasty rain it was generally quite good, with just the odd quick shower and some bluster while we were near to the coast. Two new ticks as well, bringing me up to 400, and it would’ve been 401 if the Velvet Scoters had been confirmed. A very enjoyable long weekend which made up for so much of January being a failure because of the bad weather. 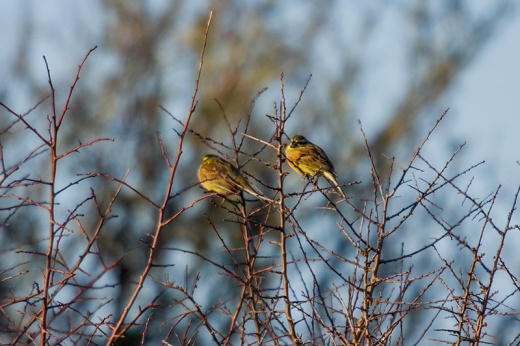 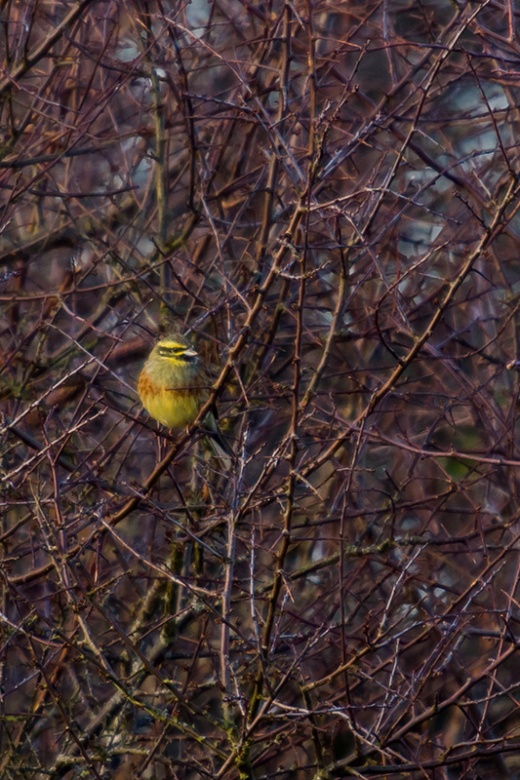