The morning of the final full day of the tour began with a short drive out to Lukino Selo, where we were greeted by a gathering of Curlew – our only waders on the trip aside from Lapwings – and a White-tailed Eagle sharing a kill with a Hooded Crow out on the mud. We saw two distant White-tailed Eagles high in trees at the opposite Stajicevo side of the lake, so we made our way around. This walk along the road brought us lots of Pygmy Cormorants, and then a very nice little flock of Bearded Tits which showed very well in the reeds below us. One of the males had a leg ring, so I’ve passed my photos on to Milan in the hope that further information can be found. We finished the earlier part of the morning eating cakes and drinking coffee in a nice restaurant beside the fish farm.

Once we were refuelled it was off to Slano Kopovo salt marsh near Novi Bečej where we met up with local naturalists and a friendly dog and walked across the part-frozen landscape. Here we had another good view of a hunting Hen Harrier. By the small visitor centre there was an impressive badger sett with an entrance so large I could’ve easily managed to climb down inside. Some of the group saw our only Robin of the tour in the hedges behind before we walked further along to the reed-fringed saline lake. Tom, Brian and I tried unsuccessfully to get further views of Beared or Penduline Tits here as we had our lunch in the sunshine. As the sun began to come down we continued further along, watching distant Roe Deer, at least one Brown Hare (which was chased by the dog), Common Buzzards and another Hen Harrier, until the big finale was imminent. Firstly, a good flock of geese – mainly White-fronted and Greylag – swirled around in the middle distance as the sky started to turn pink. Then, on the far horizon we started to see vast lines of Common Cranes – some estimate to be around a mile in length – coming towards us. They continued to arrive in waves, one after another, and then they wheeled round in a holding-pattern and came into land on a patch of grass just the other side of the lake. The geese also continued to arrive in flocks, and we even  got a brief fly-over from three endangered Red-breasted Geese too. One White-fronted Goose caused excitement as it looked smaller than its counterparts and we considered a rare Lesser White-fronted Goose, but photographic evidence has since suggested that it probably wasn’t. The small field that the cranes were landing in was even being marshalled by a perched Common Buzzard, but this didn’t seem to be causing any concern for either the cranes or the geese. Thousands of birds continued to arrive from all around the horizon, all landing in the same patch, and all making a lot of noise. Eventually the sun set and the light got too poor t really be able to see what was going on, so we started to make our way back across the marshland under a starry sky. We estimated that there were around 20,000 cranes and 12,000 geese by the time we left, potentially doubling in numbers overnight. Pretty awesome. 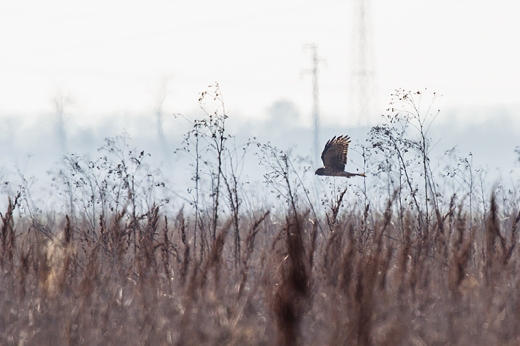 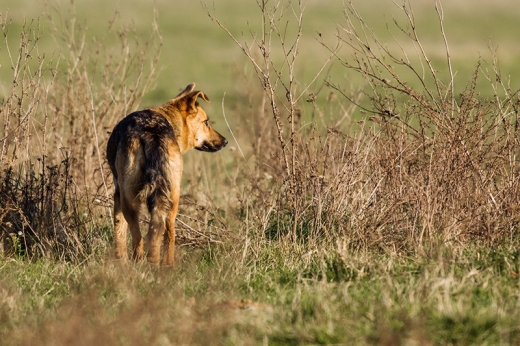 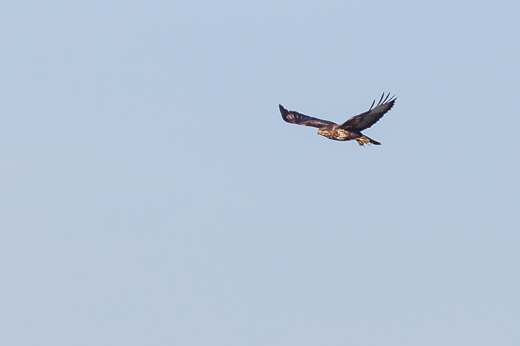 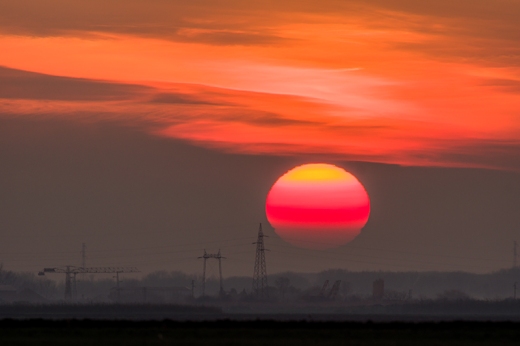 With the exception of seeing plenty of Buzzards in the morning as we drove back to Belgrade for our flights home, the finale at Slano Kopovo had brought the birding to an awesome conclusion. I’ve not yet seen a proper Starling murmuration, but I can only guess that it’s a similar experience, except of course that cranes are much bigger and slower in their flight. It’s difficult to explain what an experience it is, but all I can say is that neither photography nor film can do it justice. You really have to be there to experience it for yourself.

It’s amazing that a five-day tour – of which there were only really three days of birding – can provide so much material that I’ve had to split my report into three separate parts. We were lucky with the weather: it wasn’t as cold as it should’ve been, and for the three days of birding we had clear blue skies and bright sunshine all the way, although it was obviously still cold, being below freezing for pretty much the entire time. But I’m also very happy to report that despite visiting some of the same locations, it was a very different rip to the Spring tour. The Spring tour was about seeing the huge diversity of Serbia’s birdlife (I got 29 new ticks for my lifelist during that week, compared with the three I got this time), but this one was more about experiencing the spectacular. Nowhere else in the world do you see 500 Long-eared Owls hanging out together in a busy town square. Nowhere else do you get 20,000 Common Cranes landing in one small field together as they prepare for the final leg of their journey south. It was incredible. And it’s difficult to think of any negatives. Admittedly, we did fail to see any Great Grey Shrikes (which has been an elusive bird for me this year, having missed out in the New Forest, Thursley Common and now Serbia). Milan will probably never tell a tour group at the start that Great Grey Shrikes are a “100%” certainty again… We also missed out on Short-eared Owls, although we were pre-warned that they were fairly scarce. These are minor issues though. What we did see completely overwhelmed any feelings of disappointment at what we may have missed. Not only did we see Serbian birdlife at its most spectacular, but we also got to see some stunning scenery, and we got to sample plenty of Serbian culture and hospitality. I would strongly recommend this trip to any birder who hasn’t been to Serbia before – and even if you had been before but at a different time of year, I’d strongly recommend it to you too.