Autumn Birding and a Norfolk Weekend.

Since the Andalucia trip, Jem and I have done a lot of local birding in and around London, and then we returned to Norfolk for our second visit of the year with the Bird ID Company.

The Autumn migration hasn’t been as spectacular as it could’ve been (so far), most likely because of the warmer weather and the southerly winds, but we’ve given it a go. It began with a day at Rainham in late September. It was grey and damp and very quiet by Rainham standards, but we did get surprise views of a Wheatear on the path along the river wall. The following weekend saw us try somewhere new: Fisher’s Green near Cheshunt, which is part of the Lea Valley. It had been mentioned in Bird Watching Magazine as a great place for views of Bitterns and perching Kingfishers. When we got to the hide we were surprised to overhear two members of staff discussing the same article with amusement: apparently they’ve never seen a Kingfisher in front of the hide, except in mid-flight. There were no Bitterns there on our visit (which wasn’t surprising as it was still a bit warm for them), but the bird feeders did bring in Great Tits, Blue Tits and Chaffinches, and it made for some very pleasing photos. We stayed in the hide for a couple of hours, with a Cetti’s Warbler calling from in the reeds for the duration. Just before we left we were very surprised to see it come quite boldly out of the reeds before hopping into the woodland. After years of only hearing Cetti’s Warblers I’ve now seen three this year. We moved on to look for some of the other hides but one was a tiny box in a patch of woodland which seemed to be almost devoid of life and the other we couldn’t find at all, despite consulting two maps and going around in loops twice. 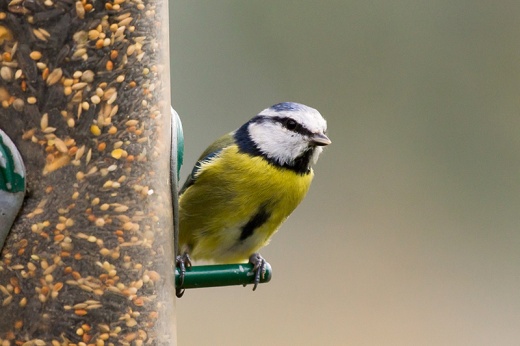 The following weekend we had a walk around Wimbledon Common, seeing Ring-necked Parakeets on the windmill and Mandarin Ducks on one of the ponds, and a week later we spent a quick afternoon at the London Wetland Centre to see if we could get a Jack Snipe. Still no Jack, but there were plenty of Common Snipe around, which is always nice to see. I’d taken the following week off work and decided to do as much birding as possible, despite the poor weather. The Monday was spent at Rye Meads, where more than 200 Common Snipe and a reported four Jack Snipe had arrived in the preceding days. I saw several dozen Common, but still no Jack. A Sparrowhawk sent a few hundred Lapwing up for an unusually long period of time – about twenty minutes or so – but that was pretty much it. The Kingfisher(s) didn’t appear for me, and the Short-eared Owl from a few days earlier wasn’t around either. Tuesday saw a walk along the Regent’s Canal from St John’s Wood towards Paddington, and then back again towards Chalk Farm. The reason for this was a Red-legged Partridge that had been associating with a flock of Woodpigeon. It was nowhere to be seen for me though, and the highlight of the morning was a rat on the canal path. Wednesday saw a walk around Kensington Gardens. The weather was much better and I was hoping that I might be able to see either the Tawny or Little Owls, but none were showing. I did see a Grey Heron half-hidden in the margins by the Long Water and and I also tried some focusing techniques on the gulls and ducks on the Serpentine. 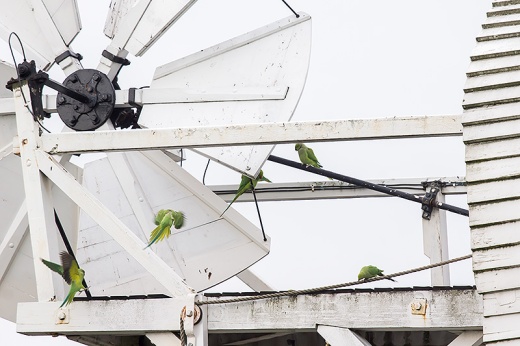 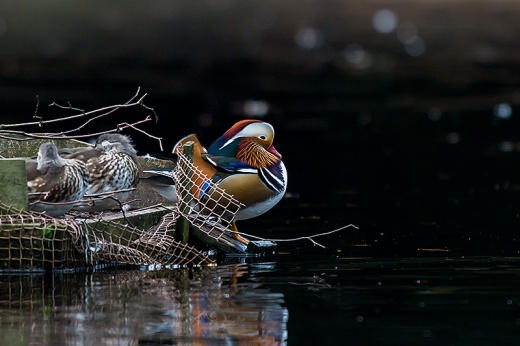 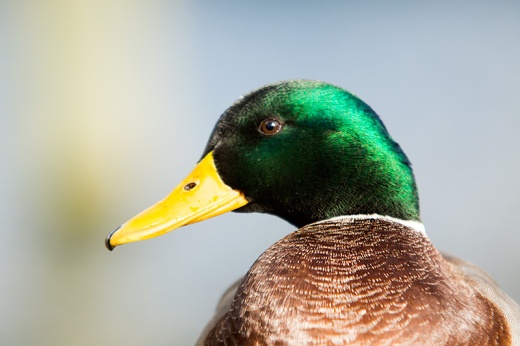 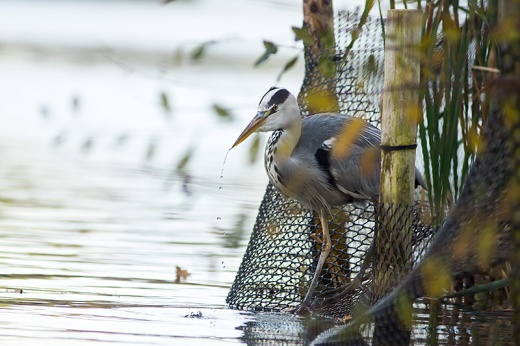 Thursday was the first day of our Norfolk trip. Jem and I took the train up to Norwich in the morning, dropped our bags at the guesthouse and then walked back into the city to have a wander around the Cathedral before getting the bus back in the evening. Stuart picked us up on Friday morning and took us off to Cley. I’d never been before but had heard very good things, so it was quite exciting. Several Marsh Harriers were being active over the reedbeds and we enjoyed large flocks of Golden Plover too. This was the first time I’d really had a chance to see the colour by which they get their name. We had a quick look into some nearby woodland and fields to see Blackbirds, Song Thrushes and Redwings, a flock of Red-legged Partridges, and heard a male Tawny Owl giving out a mid-morning hoot. There was also a Sparrowhawk circling over the trees. From the beach we got Red-throated Divers, a Red-breasted Merganser in flight, a flock of incoming Brent Geese, and several Gannets. Back inland we saw a skulking Brown Hare sitting on a rocky ledge and my first Mediterranean Gull. Jem and I were hanging back to look at a huge parasol fungus when we looked up and noticed a single bird flying quite fast over the heads of the rest of the tour group (who hadn’t noticed it). Jem and I both got our binoculars on it and were surprised to see that it was a small-ish raptor, flying in a pigeon-like way over the beach and out to sea. It looked like a Peregrine, only smaller, slightly sleeker, and with fast wing beats. By process of elimination the only thing I could think of at the time was a Merlin, but I’d only seen one before (also in Norfolk, earlier in the year) so I asked Stuart, but he hadn’t seen the bird either. Jem and I made mental notes of what we’d seen, and when I checked my guide app later that evening I was now 99% sure it was either a female or juvenile Merlin, as we’d first thought. Unfortunately I didn’t have time to get my camera ready to try to get a record shot. To finish the day, just as Stuart dropped us off back at the guesthouse a Sparrowhawk flew over the road, sending pigeons in all directions.

The second day was spent in the Holkham area. We started with a Great Spotted Woodpecker before reaching the beach and watching distant Common Scoters and a pair of Sanderling scuttling along the water’s edge. The woodland wasn’t giving us a huge amount to look at, but we located a decent flock that contain a Goldcrest and Treecreeper amongst several Long-tailed, Great and Blue Tits. We also saw a distant Buzzard on the grass, a Kestrel hovering in the rain and a couple of Marsh Harriers. In the afternoon we went for walk near Blakeney and saw several Redhanks, a few Oystercatchers, some Curlew and dozens of distant Grey Seals out on the sand bank.

The final day was the best of the three, although still a little quiet by Norfolk’s very high standards (and very windy as the storm was on its way from the south-east). We started with an early tick: six Grey Partridges which flew out of the road as we neared Titchwell. I was very happy with these as I’d missed out on them twice before.  After reaching Titchwell itself we scanned the pools for Jack Snipe amongst the Common Snipe (failed again), had a look at several waders including Black- and Bar-tailed Godwits, before checking the beach, seeing another seal and a Long-tailed Duck, and then getting the highlight bird of the trip: a Shorelark amongst the detritus at Thornham Point. The afternoon back on the reserve brought us lots more Golden Plover, some very nice Pintail, four Avocet, Dunlin, Lapwing, and a distant Little Stint. News came in that there had been a Black-browed Albatross seen off Overstrand, but by then it was too late to go and have a look for ourselves. In all another fine few days in Norfolk, albeit quieter than you’d normally expect for the time of year. Three good ticks for me too. We shall return next year…